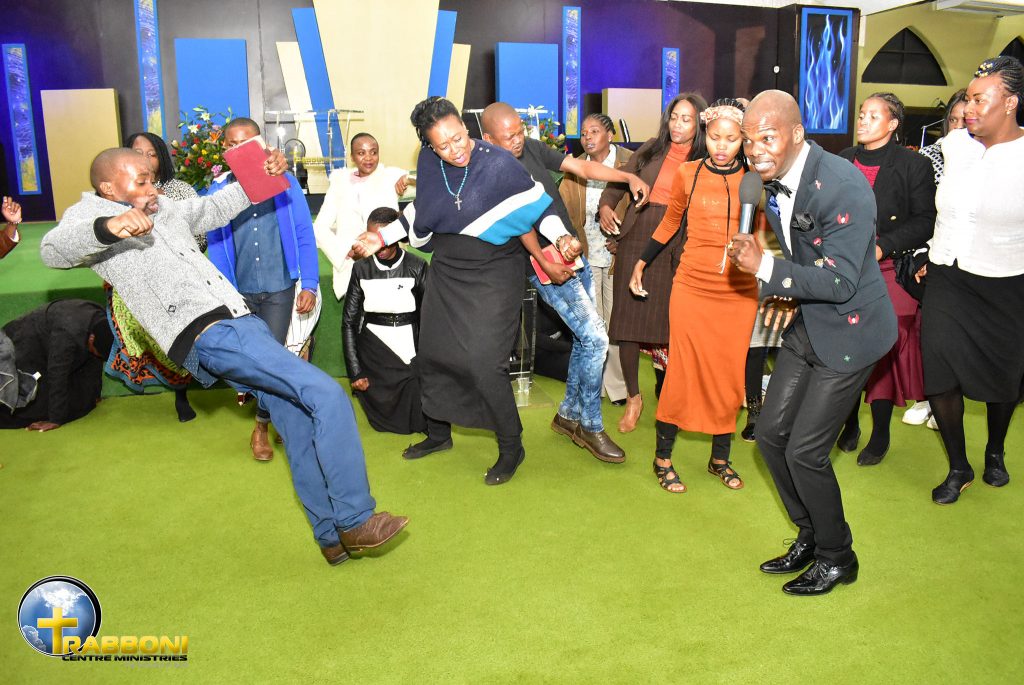 You are like my Father, you will go up there in heaven and you can still lay your bed in Sheol [place of the dead] and take many out, and no one will touch or do anything to you. The Word of the Lord has come upon you as a flame and now the dwelling of God is with you.

God said to David: ‘When you hear my voice on top of a mulberry tree know that I have gone before you, then you can act.’ I say to you today: the Lord has gone before you, He died and resurrected together with you, fear not.

A religious man who is not like your father, he will take off his shoes, because he doesn’t have the revelation of the burning bush. Now Timothy has come, he will not touch you or do anything to you. In a twinkling of an eye, you change.

The demons know God exists and they shudder in fear – I agree. Why Pastors? Even Christians still suffer with disbelieve, it clearly shows that people they don’t know God.

Anyone who speaks against the teaching of bad connection, I do not care whether you are close to me, you are sick and in need of the blood of Jesus Christ to make you better. I want to be filled with joy when I see you.

Just like Shadrach, Meshach and Abednego when thrown in the fire, the Son was in their midst. That Light became the Life of man. We are the tree of life. That fire lives in us. When we speak it is no longer us, God – Christ speaks.

I long to see you, when I see you I am filled with joy. That tree is not burning, fan it to flame so that when one comes against you – consuming fire. Even if I am not there, I am there with you in Spirit and you will do the same things that I do, because you fan it to flame.

That is why as a father I do not blush or ashamed to testify because I am there with you. They say we are increasing, the disciples were increasing. If they are full of the Holy Spirit let them serve and let the appearance be everywhere.

God is speaking. He says to Moses: Go to Pharaoh and say, ‘I AM, has sent me.’ What is your name – already they heard God ‘I AM’ Lesego Daniel. This means God has sent me. I AM has sent this one. You cannot say your name without I am. You have to know who sent you. I AM, meaning sent.

[Galatians 1:8] – “If we or any other angel preaches a different gospel than the one we preach, let him be accursed…”

He speaks two sights: ‘coming to Zion’ – we are the light and ‘a city on a hill’ – we are the light. So, if we preach a different gospel from what we, the ones from above, preach [according to man’s understanding] it is all because Jesus said they will be like angels.

That is why what we preach it is a parable to those who are perishing, they are perishing because they refuse the Word; that is why the secret of the Kingdom has not been given.

Even if you preach a wrong gospel you are also like angels, because the bible says: ‘the devil comes like an angel of light.’ He can come like an apostle, bishop, pastor, evangelist and teacher.

Those from the other side know the greater sight. There are those who listen to those who are accursed. In [John 5] Jesus broke the curse of the law. People ran to the pool hoping to be baptised, that angel was also a preacher, he honoured the law on the Sabbath.

The angel would confirm and testify the Sabbath, but he does not come to stir the pool and people suffered. That is why Jesus came to preach and change the job description of the angels. The Father is at work all times and we also are at work at all times

There was a sheep gate next to the pool. So He says to you today: Forget the pool, I am the gate. Those who went into the pool were still bound by the law of the Sabbath.

They were still satisfied that on the Sabbath they do not go there, they were not free. The angel would only come when it is not the Sabbath. But the Lord of the Sabbath came and take them out or under the bondage of the law.

But those who believe that He is the Lord of the Sabbath. He says to you today: You will see heaven open and angels going up and down upon the son of man. This is what He said to Nathaniel [John 1].

They will be busy ministering in and out of season, because we are out of time and out of season. It does not depend whether you are slow or quick, it is not for the swift. It is grace anytime and anywhere.

Angels were coming and manifesting a lot in that region. But Jesus said: I performed many miracles there and you do not believe, I am the Lord of the Sabbath hold on to me. That is why it says: the devil can come like an angel of light; that is why many fell into a trap and rejected Christ.

The law was given through angels. People believed a lot in angels and they were stiff necked. Jesus came to break the curse of the law.

If you are stiff necked you carry the law of the angels. They will be alike. They will be the same. When you see a son deserting, it is because some have long ago followed those deceitful spirits.

2 thoughts on “REVELATION OF THE BURNING BUSH – Part 5”